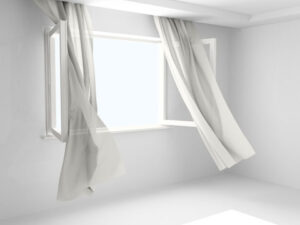 Fireplace dampers are an important component of your fireplace system and are often overlooked. Dampers serve the critical purpose of closing off the chimney when the fireplace is not in use. It’s an energy efficiency device, saving you money by preventing the loss of heat during the winter and preventing the loss of air conditioning during the summer. An open or missing damper is like an open window.

What is a Fireplace Damper?

What is a Throat Damper?

Dampers come in different types and styles. Most dampers that are part of the original construction are called “throat dampers” because they’re located in the throat of the fireplace, above the firebox (where you make the fire) and below the smoke chamber and flue pipe. Throat dampers come in various styles–pivot hatchets, poker, rotary, spiral, vestal, Allied/Donley, and Majestic.

Different regions of the country have different kinds of dampers. Another interesting point is that many dampers on the East Coast are removable and replaceable. This makes it much easier for chimney sweeps to be able to do a thorough cleaning of the system, especially into the smoke shelf behind the damper, because they don’t have to fight around the damper plate.

Here in San Diego and most of the West Coast, dampers are not removable and replaceable. That means that once the damper is damaged beyond repair, the damper cannot be replaced in the throat of the chimney without tearing open the facade which would be cost-prohibitive. In that case, there’s another solution–a top-mount damper.

What is a Top-Mount Damper?

If a throat damper becomes damaged beyond repair and cannot be replaced, our industry has created a solution called a Top-Mount Damper, also known as a Top-Sealing Damper.

This damper is placed at the top of the chimney stack. Most of these types of dampers are operated by a cable that runs all the way down the flue pipe and into a bracket inside the firebox. To close the damper, you simply pull the chain down and lock it in the bracket. To open the damper, you unhook the cable from the bracket and it pops open at the top because it’s spring-activated.

* Top-Mount Dampers seal better which will save you money on utility bills. When the cable is pulled down, the damper plate seals against a rubber, silicone or rope gasket which gives it a tight seal. Throat dampers, on the other hand, never provide a complete seal, especially as they get older and the damper plate warps. Without the seal, there are gaps that allow heat loss during the winter. Top-mount dampers will increase energy efficiency in your home and save you money in heating during the winter and air conditioning during the summer.

* For cold climate areas, the top-mount dampers keep the warm air inside the flue, helping the draft and reducing the likelihood of smoke coming into the room.

* If you don’t have a chimney cap, rodents and birds can come down the chimney and enter the house. The top-mount damper closes the chimney at the top, making it impossible for critters to get in.

* Here in San Diego and other parts of Southern California, we have a serious problem with aggressive Africanized Bees. Bees like to build their hives in chimneys. With a typical throat damper, the bees have free access to build their hive in the flue. A chimney cap isn’t enough to prevent the bees from entering the flue. With a top-mount damper, the flue is completely closed off at the top, making it almost impossible for bees to enter the flue.

In addition, top-mount dampers cannot be installed for a fireplace that has artificial gas logs or a log lighter because the damper must be locked fully open.

If you need your existing throat damper repaired or you’re in the market for a top-mount damper, contact a CSIA Certified Chimney Sweep.