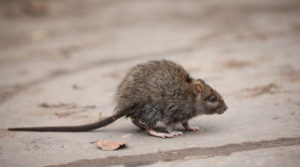 Even if homeowners don’t use their fireplace, there are still very important reasons to have a chimney cap.

This last week, as a chimney sweep, I received a record number of phone calls from people who had critters in their chimney.  This time of year here in San Diego, during the rainy season, it’s not uncommon to get these phone calls.  Critters are always looking for a dry, warm, dark place during the rain.

Birds are also a problem

In addition, this is about the time of year when birds are finding places to nest. If a bird gets in a chimney and builds a nest, it is illegal for any person to remove a bird or an active nest without a special wildlife permit, according to the Migratory Bird Treaty Act of 1918. You have to wait until the birds and chicks leave the nest permanently on their own or until the birds die. If the birds die inside the chimney, the smell is disgusting.  Even worse, the leftover nest carries dangerous diseases such as histoplasmosis.

As of March, 2020, here is a comprehensive list of 1,093 species of birds covered under this Act. This list even includes pigeons!

This Act is one of the oldest wildlife protection laws on the books.  According to the MBTA, “It is a misdemeanor to violate any provision of the Act with punishment of a maximum fine of $15,000 or imprisonment up to six months or both…” unless you have a special permit issued by the U.S. Fish & Wildlife Service.

The best way to prevent birds, and other critters, from coming into a chimney is with a chimney cap.

Four other very important reasons for a chimney cap

In addition to preventing critters from entering your home through the chimney, there are four other important reasons to install a chimney cap.

A chimney cap, because it has a spark arrestor mesh, prevents hot flying embers from landing on your roof, on your neighbor’s roof, in dry brush or on solar panels and cars. 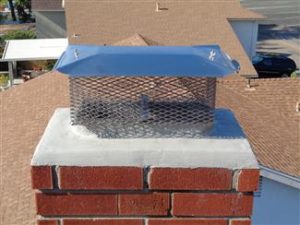 A chimney cap with a solid lid on top will prevent most of the rain from entering the chimney. Over a long period of time, rain that enters the chimney will land in the smoke shelf and can then rust out a damper and deteriorate a chimney from the inside out.

A chimney cap prevents leaves and other debris from falling into the chimney from the top. Leaves and debris are a combustible material and can create a potential safety hazard in a chimney.

If your chimney does not have a chimney cap, it’s a good idea to install one. Call a CSIA Certified Chimney Sweep today to install a chimney cap to prevent those “unwelcome visitors” from entering your home!